Tune in to see Cynthia’s BIG REVEAL following Kamala Harris plastic surgery transformation on hit TV show Inside Edition as she reveals her new look to the world Thursday, October 29th at 3:30 on ABC channel 13!

Houston, Texas; October 2020 – As Vice Presidential Candidate Kamala Harris continues to make the news, more and more people are reporting to want to be like her — or at least look like her.

33-year-old “Kamala-in-the-Making” Cynthia Anne (pictured here BEFORE her plastic surgery transformation) is of the same lineage as Kamela (Black and Asian heritage), and is one such patient who sought out Houston Plastic Surgeon Dr. Franklin Rose for her “Kamala Makeover.” 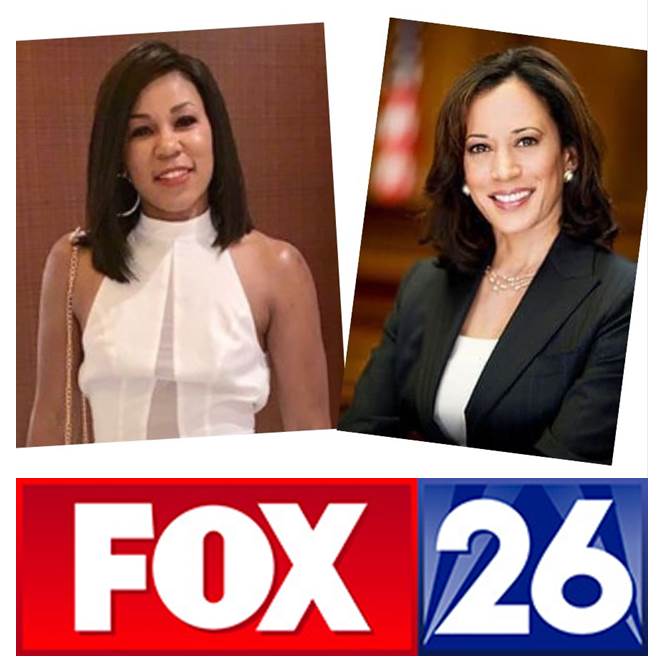 “Kamala is an inspiration and an excellent role model for women of color, as well as for all women and all people everywhere,” said Cynthia. “I admire the fact that she is a conservatively dressed barrier-breaking businesswoman who has natural hair and a natural look without all the artifice that many women are expected to have that are represented by the media today.

Seeing Kamala’s success gives me something to look forward to in the future and sends a message to women and people of the world that we can accomplish anything.”

Cynthia’s surgeries will include breast augmentation, a liquid (non-surgical) rhinoplasty , a “mommy makeover” to include a tummy tuck, liposuction, and eyelid lift, along with some Botox, fillers, and injectable treatments.

“Oh my god, she’s hot,” said the first ‘second gentleman’? Kamala Harris’ husband, Doug Emhoff, a successful entertainment lawyer who married into politics and is known for fiercely defending his wife. It wasn’t that Harris would make history as the nation’s first female, first Black and first Asian American vice president if Biden wins in the fall. It was that her husband, Doug Emhoff, an accomplished entertainment lawyer, would make history, too: He could be the nation’s first second gentleman.

For Dr. Franklin Rose, the request to make someone look like a famous person is not uncommon. The Texas Plastic Surgeon is well known for his work on the hit reality TV show MTV’s I Want a Famous Face and for helping aspiring actresses and models look more like their favorite celebrities such as Meghan Markle, Melania Trump, Ivanka Trump, Jennifer Lawrence, Lindsey Lohan, Megan Fox, Pamela Anderson, Carmen Electra, and Jennifer Lopez among many others.

“Patients pull up an image when visiting our office, celebrity or not, on their cell phones and ask for what they want.

“For years, people wanted to look like Angelina Jolie, wanting her lips. Patients come in and want Kim Kardashian’s buttocks. This has been going on since I’ve been in practice,” Rose says, “So it is not surprising to see patients who now want to look like Kamala Harris.”